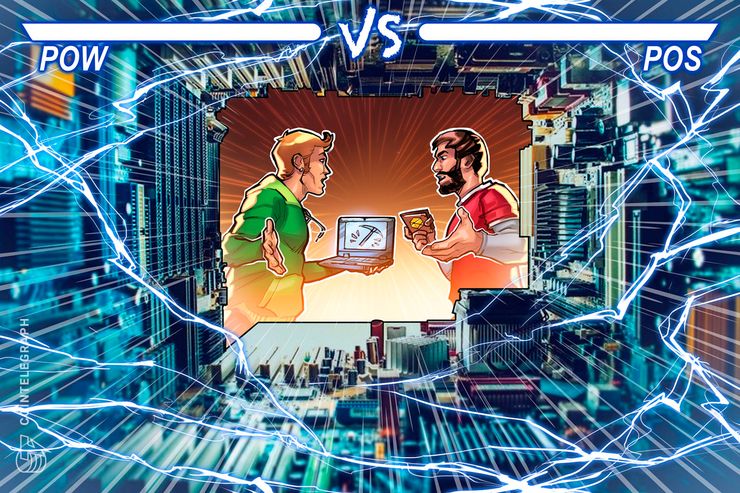 An interesting case, which could shed some light on the future of the dominant powers of the incoming Web 3.0, is provided by the automotive industry. This sector is bracing itself for two major paradigm shifts: from internal combustion to electrical engines (possibly powered by renewable and cheap sources) and from human to autonomous drivers (possibly with interconnected cars and networked traffic control). Well, until some time ago, it was almost conventional wisdom that established automakers would disappear, or at least become irrelevant, in the face of some bold upstart, be it Tesla, Apple or whatever. Now, what we see is that German and Japanese automakers are leading innovation across the whole sector, with the main R&D projects (some of which are listed here) and the most ambitious industrialization plans (here is a reference to Volkswagen plan to launch “a number of fully autonomous Level 5 electric cars, vans and trucks starting as early as 2021”). Tech giants are going to be key suppliers, but the whole system will be governed by automakers, or at least the largest ones. Being large, in a mature industry, means having more resources for innovation, the capability to govern industrial processes, the ability to define new policies and guidelines and, generally speaking, to assess the market and shape its development. 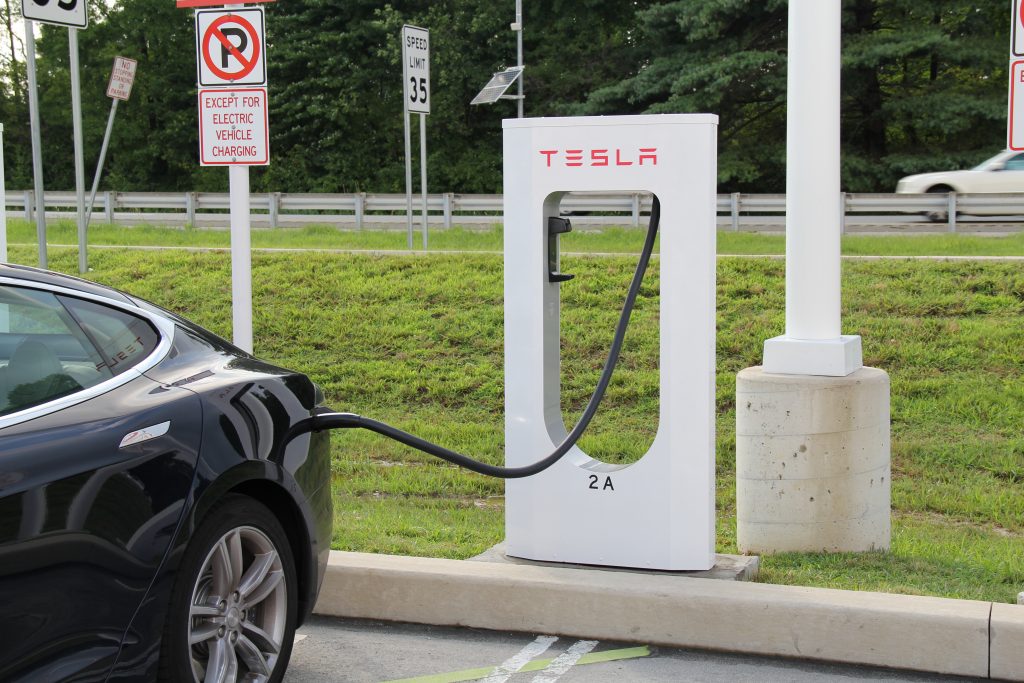 Now, the big question is: is the Internet industry of today more akin to the automotive or Internet sector of, let us say, 15 years ago? Well, many indicators point to the former. The most obvious one is that their gargantuan budgets: with a combined market capital value exceeding three trillion USD (and counting) and a high propensity to invest in R&D, technological innovation or simply acquire any interesting company with offers that cannot possibly be refused. It is quite difficult to develop groundbreaking technology without being absorbed, surpassed or simply eaten up by these giants. Sure enough, size did not save previous incumbents from their demise, but at a certain point, quantity becomes quality, as it has been proven many times.

But money, and the will and ability to invest it, can only go so far: the main problems for incumbents arise when the emergence of new technologies radically changes the existing business model. Carmakers are coping with the upcoming revolution because, after all, the latest innovations are perfectly compatible with their core business: they produce and sell vehicles (although that may soon change from selling a vehicle one to charging many times for its use). The problem is, from the incumbent point-of-view, that the incoming Web 3.0 may change the very essence of what it means to be on the Internet, especially form a business perspective.

If the Web 3.0 is going to be based on a blockchain, distributed approach where the network has a much more dispersed architecture, it is difficult to predict whether there would still be room for global players who store all the data, distribute most of the content, host the vast majority of interaction and provide a disproportionate quantity of services. will simply have no more sense.

In fact, this line of reasoning sounds obvious to most observers and commentators (read this article, for example), but recent industry trends seem to follow a different pattern, more favorable to incumbents of the technological and financial sectors.

Commercially, critical issues faced by Bitcoin and Ethereum, both currently using proof-of-work mining, are latency and (surprise…) privacy: traditional systems still largely outperform the two major cryptocurrencies in terms of transaction throughput and privacy. Yes, you read that correctly, privacy too. Modern statistical and computational tools used to analyse public blockchain data are very powerful in the hands of capable operators, such as security and intelligence agencies (well, there are also more malicious and highly skilled third parties unfortunately), and can infer a lot of information about cryptocurrency users and, in many cases, link it to real-world identities and transactions.

In order to mitigate these problems, developers seem willing to accept compromises between decentralization and performance, transparency and privacy.

The Bitcoin community holds high expectations in sidechains, parallel blockchains cryptographically pegged to Bitcoin: they should allow new applications and feature additions while always guaranteeing a secure exit option to the main blockchain of Bitcoin. Currently the most advanced sidechain application is Liquid by Blockstream, a company founded by Adam Back of Hashcash fame.

In Liquid, Bitcoin’s SHA256 based proof-of-work is replaced by a multisignature scheme. In this model, consensus history is a blockchain where every block is signed by the majority of a deterministic, globally-distributed set of functionaries running on hardened platforms, a methodology that directly aligns incentives for the participants.

“Functionaries” in this case are a federation of computers with a special hardware security module (HSM) and geographically distributed across multiple unknown locations and conditions: such a system is more centralized than Bitcoin itself by many orders of magnitude, but allows for reduced latency and increased privacy.

At the end of 2016, the creator of Ethereum Vitalik Buterin announced that the famous cryptocurrency would try to solve its scalability issues with a new mining system called Casper, which would integrate traditional proof-of-work mining with a proof-of-stake virtual mining component. It is expected to go live this year.

Proof-of-stake virtual mining removes the step of spending money on power and equipment. A proof-of-stake cryptocurrency consensus is akin to corporate governance: voting power is allocated to currency holders in proportion to how much currency they actually hold. See a comparison of existing proof-of-work and proof-of-stake systems here.

Proof-of-stake was invented by Sunny King, an influential blockchain developer (PeerCoin, PrimeCoin). He has launched his own venture, VEE.tech, by implementing a more centralized version of proof-of-stake called SPoS (Supernode Proof-of-Stake), whose reduced number of network “supernodes” guarantees a commercial-proof transaction speed.

If and when the tech giants enter the crowded blockchain arena, they will probably opt for solutions similar to Liquid and SPoS. Furthermore, one must consider that an initial coin offering (ICO) by even only one of such companies would not go unnoticed by monetary authorities.

ICOs are already significant in terms of US dollar market capitalization and pose serious financial risks for the least knowledgeable operators: because of the lack of specific regulation, a federal judge had to resort to securities law in order to prosecute an ICO fraudster. 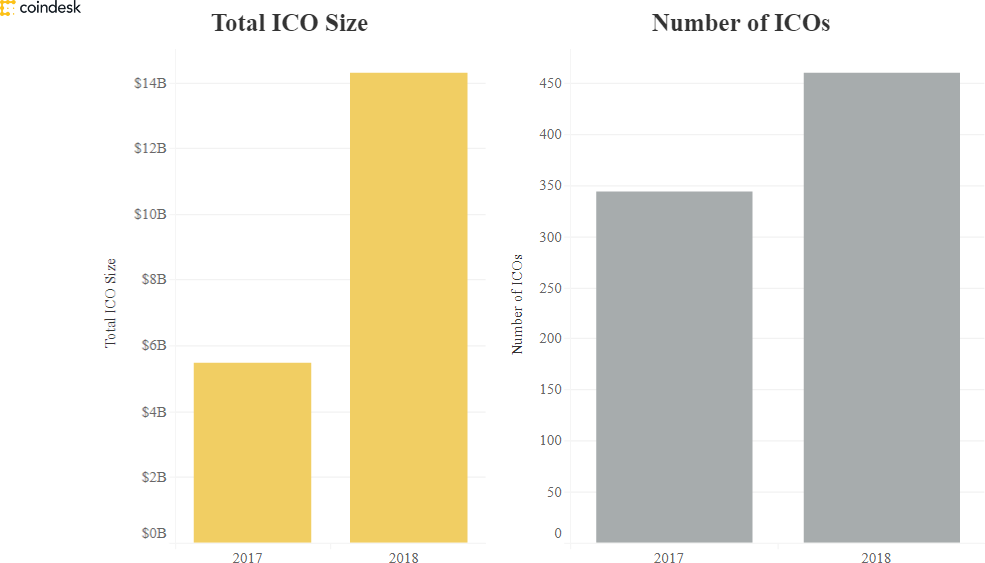 An ICO by a tech giant, instead, would pose a different kind of risk, at the macroeconomic level, and central monetary authorities would surely step in to deal with it, maybe discouraging it altogether.

More likely, instead, would be a shift of financial institutions themselves to blockchain technology.

On the one hand, the decentralization, transparency and accountability provided by blockchain technology is strongly needed to restore faith in and within the financial sector, 10 years after the collapse of Lehman Brothers and still in the age of shadow banking.

Let us clear up a linguistic confusion: cryptographic “trustlessness” solutions, just as any security device, serve the sole purpose of making trust possibile where it was otherwise impossible, but don’t do away with it completely.

On the other hand, a certain degree of centralization, as described above, is needed to satisfy the “minimum system requirements” of the modern commercial economy: speed and privacy.

Big tech companies of today seem set to stay in this new environment, especially since they have shown the ability to define technological paradigms, dictate user behaviour and govern transitional phases. However, the truly decisive point lies elsewhere, deeply rooted in the very nature of networks.

As Albert-László Barabási demonstrated in his groundbreaking work, networks are, beyond a certain level of complexity, hierarchical structures. This means that there is a structural tendency for certain nodes to assume an overwhelming importance over the rest of the network, an importance that tends to mature into dominance. The interesting part of Barabási’s theory is that it is purely natural and, as such, applies regardless of the type of network. In other words, these laws apply to neural systems, ant colonies, power grids, air traffic, societal relations and, of course, the Internet.

This means that the next generation of Internet will still be arranged, for many fundamental purposes (user surfing habits, services, referencing, traffic generation and, of course, financial flows) around a small number of dominant “hubs”, much like today. Some of these hubs may well be evolved versions of the today’s big players. Google and Amazon have built enormous assets that could also be crucial in the near future: the computational power and the pervasiveness of the former, as well as its unmatched capability for searches, and the logistic prowess of the latter, are going to remain vital. Microsoft and Apple have, in different ways, built a satisfied user base and a wide array of services that are probably going to endure. Maybe Facebook is in a less optimal position, since social networks are more volatile in nature and the new Internet’s more dispersed architecture will probably favour different behaviour; Perhaps generating a number of separated and more homogeneous user bases, probably federated but still quite different from the current paradigm. Facebook’s current business model, focused on the appropriation of user data and content, seems precarious at best in this new environment.

There are many reasons to salute the new emerging paradigm of the the World Wide Web’s next iteration. But we should concentrate more on its features and the new possibilities it will offer, rather than fantasize about an almost impossible horizontal network, an anarchist utopia where no one will dominate. Power laws are inherent to the structure of networks: we can negotiate how they work and the relationships between “hubs” and “nodes” to empower the latter and avoid at least some of the traps of our current Web 2.0, but we definitely cannot abolish these laws.